In class-based OOP language inheritance and instantiation feel like two different and separate things. When you are defining a subclass, you are creating a new class that inherits members and behavior from its base class and then you extend it. After, if you need to manipulate state and data of your newly created subclass, you need to instantiate it. Then, and only then, you can treat it as an object.

In case of prototypal OOP, the acts of "inheritance" and "instantiation" feel like the same process. There is no notion of a "class", so you just skip process of defining a class. There are just objects. You instantiate them at the time of creation.

For example, in terms of class-based OOP, Fruit and Apple are base and child classes respectively. Usually Fruit is an abstraction, which describes general "fruit" and even can't be instantiated. Apple is a concrete class, which can be instantiated, it takes all properties of Fruit and extends them with properties special to "apple". In case of prototype-based OOP Fruit is not an abstraction, it is concrete object as well as Apple, so you can put it in the basket (array), perform "eat" operation on it or send it to a friend (to function as an argument). Sounds not realistic, since you can't do this to fruit in real life, because there is no abstract "Fruit", only concrete ones. But what is not in line with real life, might be more suitable for programming needs. 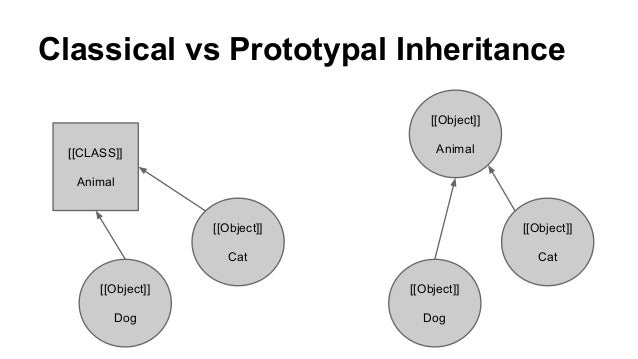